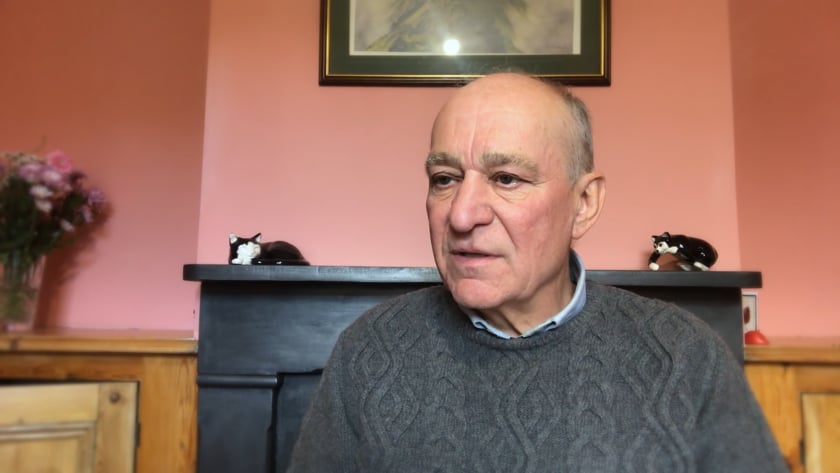 “Working with Richard was one of the best decisions I’ve made, I feel my finances are in very safe hands”

Hello, my name is Richard Harrison, I’ve been with Clarity Wealth for five and a half years and Richard Platt looks after my interests.

I had three pensions to sort out, I had two final salary pension schemes and a money earned scheme. I didn’t think at the time, but I needed some advice on how to consolidate them, and what was the best pension option.

I was referred to Clarity Wealth by a colleague. He had been working with them for four or five years and he said, speak to Richard about pensions, and I did.

When I met Richard, I felt that he was very positive. He was totally unbiased from my perspective, and he provided some very, very sound advice.

I feel very safe. It was a big decision for me really to go with Richard. Obviously, pensions are very important for myself and my family. Richard and his team have been very supportive, they give me very good advice and they’re always there at the end of the telephone when I need them.

I feel that over the last three years, we’ve gone through Brexit, we’ve gone through Covid, we’ve got this war that’s kicking off now and at no time have I ever felt insecure. Richard phoned me occasionally and gave me some assurances, not that I needed them. But I feel that, with Richard helping me and advising me on my pension options and my investments, now and in the future, I’m in very safe hands.

I think meeting Richard and seeking his advice was one of the best decisions I made in my life. I was an engineer; I had no knowledge at all about pensions. I didn’t really understand them, they were just things that happened in the background. When I understood I had two final pension salary schemes, I could have made all the wrong decisions. I feel that having Richard there, we made exactly the right decision, and it’s going to help me and my family forever.

Words to describe Richard and his team are accessibility, helpfulness, knowledge, interest, and personal.

I think the best thing about working with Clarity Wealth is they’re always accessible, they’re always there to help and I fully trust in all the advice that they give me.

“Don’t do anything with the pensions until you’ve talked to me, and we’ve looked at the options.” That was a quote that Richard Platt made in December 2015. And really, that was the start of our relationship. I was obviously confronted as many people are, we’ve lots of pension documents and paperwork, and I could have made the wrong decision. But with his advice and help, we made the right one, and for that, I’m really eternally grateful for his help and support.

Just knowing that we’ve got financial security, knowing that when I go, my wife is supported. When my wife goes through the self-invested personal pension (SIP), we’ve got a fund where my daughter will also be supported. For me, that financial security just changed all our lives. Without Richard and the team, we would have made the wrong decision. As I keep saying to him, without his help, we’d be in a completely different place. So, for that, I couldn’t recommend him highly enough.